Metaphors are powerful devices to get Buy-in for your presentation. This is an extract from my book ‘The Presentation Blueprint’.

Once upon a time…

[dropcap]W[/dropcap]hat are Metaphors?  The dictionary meaning of metaphor derived from Merrium Websters’ Dictionary classifies it as:

The more common meaning of metaphor is a figure of speech that is used to paint one concept with the attributes normally associated with another.

Understand How A Metaphor Works to Work it

To use a metaphor; we can think of metaphors as seeing the world through the bottom of a glass, in essence it has the same qualities and meaning yet is different.

Metaphors in the same way are different enough from the idea, situation or concept with which we initially refer to but allow a different quality and angle with which to interpret them.

Deeper Meaning than before

Metaphors allow you to derive new and deeper or extended meaning from the same thing.

This makes the use of metaphor a very special category because we can use something else to describe one thing (like a racing horse is like a car) that has no apparent similarity, we are then able to unconsciously find similarities between the two things and make a comparative analysis between them and say ‘hey this is like that’ even though they are not, you could say it’s like two different peas in the same pod.

What this means in terms of a good old presentation is that instead of talking about a subject you can paint a picture with a metaphor and the audience will instantly understand the meaning.

They’ll get it, without you haveing to explain it.

Or as I’ve just explained I’ll now use a metaphor – it’s like apples and oranges they are different and also the same because they’re still fruit.

Find the right metaphor for your idea or parts of your presentation and you get instant Buy-in, because your audience fills in the cracks between anything that might not be total sense.

Let’s say you sell a high end product that has a high price tag on. If you position it against lower quality products and try and sell the benefits of it’s higher quality components, it just takes a lot of work.

We use metaphors consistently in our daily language. The world of metaphor is a world only constrained by your and your audiences imagination.

Metaphors are a powerful ways of persuasion.

Let me take you on a journey – Time, one place to the next

Music to my ears – Gratifying to discover

Brave as a lion – Courageous

Rob's the Owner and Founder of PResult. Preferring a Scotch over a beer, you can find him perusing the strings of his guitar playing the likes of Steve Vai to Blue Gras chops. He loves a movie as much as playing the XBox or reading some sci-fi or personal development books, when time affords it! 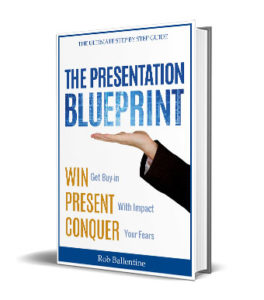